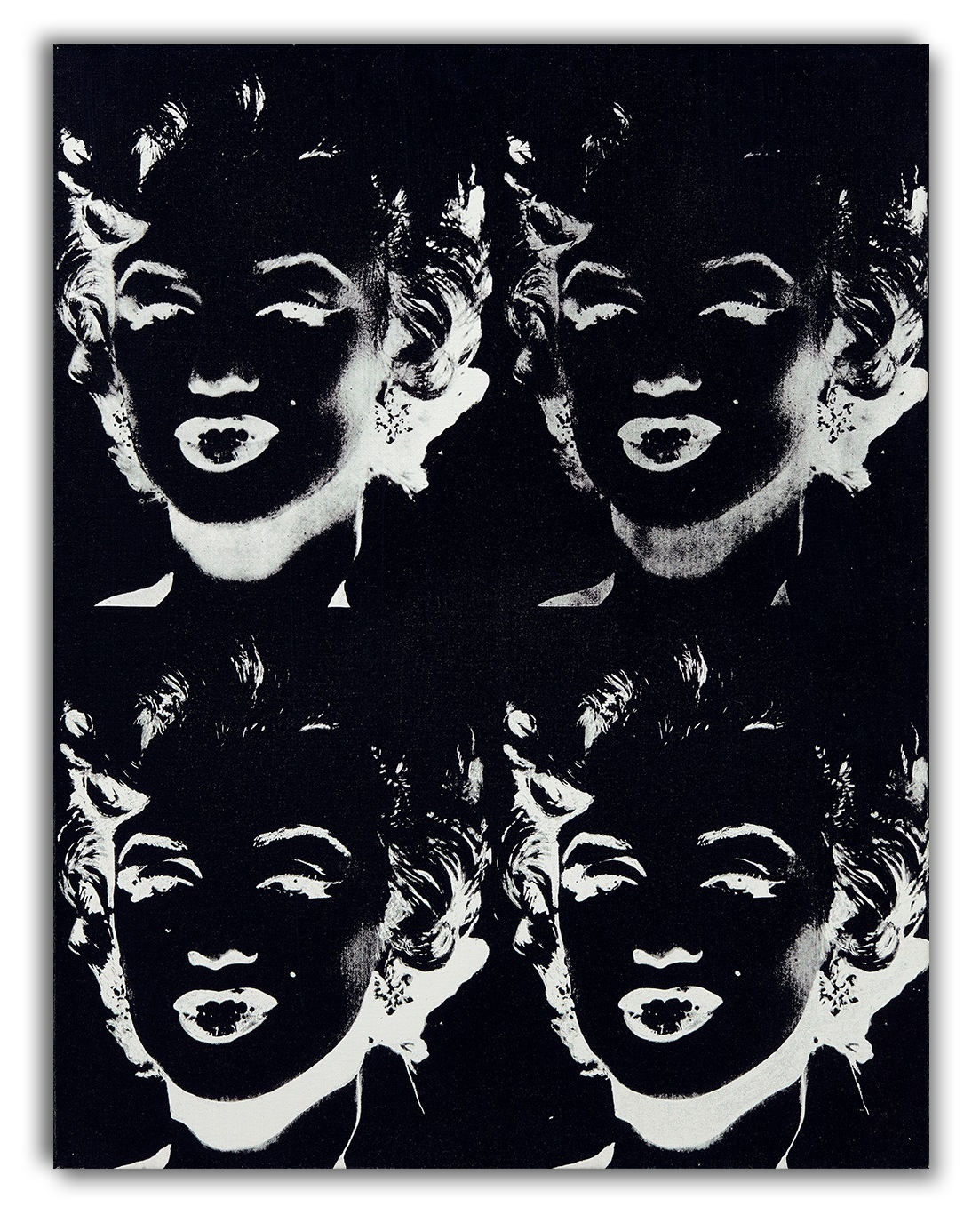 Warhol – a leading figure in Pop Art history
Andy Warhol is the creator of some of the most iconic artworks of the 20th Century and has been a top-ten selling artist for over two decades. His works are held in numerous prestigious collections worldwide, including the Museum of Modern Art in New York and the Art Institute of Chicago.

Based on a publicity photograph from her film ‘Niagara’, Warhol’s iconic Marilyn Monroe series has enjoyed long-term price appreciation. Since 2000, this series have generated 17 percent of all Warhol auction sales, despite being only 3 percent of volume, and has consistently outperformed both the Warhol and Artprice Global Indices.

Fatmire Bekiri, Sygnum Bank’s Head of Tokenization, says: “Warhol’s iconic ‘Four Marilyns’ truly immortalises one of the Golden Age of cinema’s most illustrious stars. By leveraging blockchain technology, we’re building a future where owning such world-renowned paintings could one day be as simple as buying a can of tomato soup – like those also made famous by Warhol.”

Javier Lumbreras, CEO of Artemundi, says: “Artemundi’s strategic portfolio is made of artists’ masterpieces so unique they can be considered ‘monopolies’ of universal recognition. They have a track record of growth that continues for generations.”

About Warhol’s Four Marilyns:
‘Four Marilyns (Reversal)’, 1979-1986, shows the iconic image of Marilyn Monroe repeated four times in black and white. Andy Warhol famously returned to this image of the actress in his works, using different colour palettes and varying the number of repetitions across one canvas. In this artwork, the artist used his signature silkscreen technique and reversed the original colour palette to show Marilyn’s likeness in negative.

ATLANTA, GA, United States, 2-May-2022 — /EPR FINANCIAL NEWS/ — Yield Crowd is an online portal to buy and sell tokens backed by a diversified portfolio of U.S. real estate. Yield Crowd has just finished it’s tokenization of a U.S. $50M portfolio of real estate as YIELD tokens on the Stellar blockchain.

Commenting on Yield Crowd’s ongoing momentum, Chief Executive Officer Amariah Olson stated, “Being huge believers in technology and the future, and witnessing first-hand the transactional friction and liquidity issues in the incumbent real estate private equity sector, we are very excited to be bringing Blockchain technology to the real estate space and to offer the world’s first portfolio of institutional assets tokenized on the blockchain. We are doubling down to become the leading tech pioneers in the blockchain real estate space with our Yield Crowd platform, where buyers and sellers can come together to transact real estate backed tokens on-chain and earn dividends daily.”

Started by brothers Obin and Amariah Olson, their real estate company Olson Capital Investments began as a small private investment company, where they had large success in investing in and developing multifamily, office and retail properties. Prior to real estate, they were investing in and producing Hollywood films with global distribution, now they are primarily focused in the real estate space, currently holding over $50M in institutional class assets, where they have grown the equity at 154% per year through the acquisition of distressed and value-add deals.

The Olson’s recently acquired two retail car wash properties in Orange and Riverside County near Los Angeles, CA, valued at over $33,000,000. They closed the deal with $15M of debt from T bank, and are currently under contract on a 121-room Hotel in Arizona, and 130 additional apartment units in Texas. Diversifying into retail and hotels is part of the company’s short-term strategy to boost its portfolio’s cash flow to help finance the Yield Crowd platform and pay dividends to token holders. YIELD token will initially be a regulation S exempt offering, available to non-U.S. investors. The Tokens are backed by corporate bonds set to receive excess income from the Olson’s private real estate portfolio and will be available on the yieldcrowd.com platform, where token holders can earn a target 8.75% return.

Olson further comments, “In the coming years, Yield Crowd will be positioning itself to be the go-to online real estate investment. Unlike the incumbent real estate funds, which often require an investor to tie up their capital in the fund for 7-10 years, YIELD tokens are freely tradable between owners on the Stellar decentralized exchange. This flexibility is going to make a huge impact in the real estate industry over the next 3-5 years, and we are positioned to be at the forefront as the industry transitions to the blockchain paradigm.”

The Olson’s have completed over 20 real estate investments in Office, Residential, Multifamily, and Retail, totaling over $80 million in transactions, which they have privately financed using their own equity and institutional debt.

ZUG, Switzerland, 10-Oct-2018 — /EPR FINANCIAL NEWS/ — Privus announced today that it has closed a funding round led by Silicon Valley and New York-based Rubicon Venture Capital and by a highly regarded, Toronto based investment firm with a successful track record in business building and technology investment. The $635,000 raised also includes funding from existing investors and management and will be used to extend Privus’s enterprise software portfolio and commercial footprint, as well as to meet growing demand for its SecurLine Cloud and TurnKey solutions, in line with the company’s government and corporate focus.

SecurLine, Privus’s flagship solution, employs open-source, state-of-the-art, peer-to-peer encryption to ensure the security, privacy and quality of communications between users. SecurLine is offered on an annual, prepaid basis for unlimited use as a cloud-based application, and as a tailored, on-premise solution, allowing clients to manage their own private network. SecurLine is available for download directly from the App Store or Google Play.

“We are focused on privacy first and foremost and have developed the company and its products on that basis. That investors of the calibre of Rubicon have joined Privus is a testament to the quality of our products and to our long-term vision,” stated Henrique Corrêa da Silva, Founder and CEO of Privus. Luis Lavradio, Founder and CFO added, “I am delighted with the success of this round and that we have been able to add two new investors that complement and strengthen an already exceptional shareholder base. They will both actively reinforce our ability to open new markets and grow our business.”

Andrew Romans, General Partner of Rubicon Venture Capital said, “I was introduced to Privus by an old friend as a blockchain-based start-up, with strong existing technology that is hard to replicate and is already generating meaningful enterprise revenue that we see growing very quickly. At Rubicon we share Privus’s vision that communications should be private and free from interference or geofencing, a vision that also makes great business sense. We use SecurLine on a daily basis to ensure our business and personal calls are kept private, and look forward to the roll out of the Privum network, which will allow anyone to access the Internet privately and securely, regardless of where they happen to be. On the treasure map of blockchain and cyber-security start-ups we place a large X on Privus.”