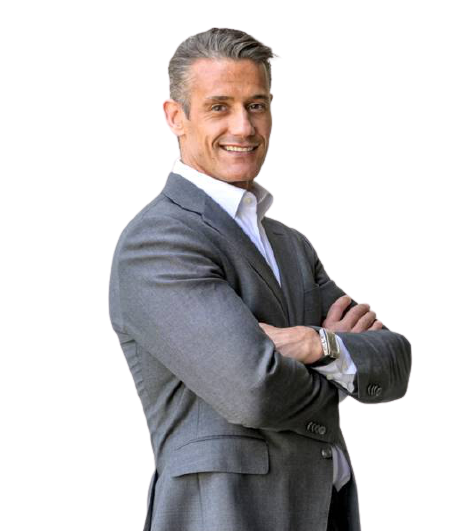 According to Managing Director Sergio van Luijk, Cap Expand Partners have the experience to help businesses with insufficient resources or local expertise manage cross-border acquisitions. The company’s network of debt and equity providers are also proving invaluable to independent sponsors, for whom raising capital on a deal-by-deal basis can be time-consuming, leading to many missed transaction opportunities.

“The independent (or fundless) sponsor model is still a novelty concept, and many individuals working on transactions fail to raise the necessary funding on time,” says van Luijk, “which can be detrimental to their reputation in future deals. That’s why we encourage them to discuss financing options with us before signing a letter of intent.”

As pandemic-related lockdown measures subside, many companies are renewing their quest for growth abroad. Due to Brexit, an increasing number of foreign companies are now setting down roots in the Benelux when expanding to Europe:

“The U.K. is no longer a first port of call for many of our international clients seeking to gain foothold in Europe,” adds van Luijk. “Most companies we speak with were previously unaware of the Benelux’ favorable investment climate, which is why we are temporarily offering qualified companies affordable market entry and business valuation quickscans.”

Cap Expand Partners also help raise capital on behalf of independent sponsors. Unlike traditional private equity teams, these are experienced individuals who do not have a dedicated pool of funds and raise financing on a deal-by-deal basis to acquire and manage companies. This allows the client to focus on sourcing new deals, and creating value for the companies that they already own. Additionally, Cap Expand Partners educate their investor network on independent sponsor economics, create credibility towards counterparties, and ultimately streamline these complex transactions. The company recently published an article on the independent sponsor model.

For more information about Cap Expand Partners, or to arrange a consultation, visit the website at www.cap-expand.org.

Saxo Bank, the specialist in online trading and investment, has launched two new European morning publications entitled the ‘Morning Kickoff @ Saxo Bank’ and the ‘Saxo Bank Charts of the Day’ which will be published through the Tradingfloor.com site.

The trading Morning Kickoff @ Saxo Bank will deliver analysis and trading commentary on both short-term intraday events and the longer-term trends which are important to traders dealing Forex – foreign exchange or equity markets.

The Saxo Bank Charts of the Day, on the other hand, provides a snapshot of key graphical indicators traders should be watching to detect any changes in market trends and sentiment.

David Karsbol, Saxo Bank’s Chief Economist, said, “The creation of these two notes marks our (Saxo Bank / Tradingfloor.com) desire to provide readers with a comprehensive overview of the market drivers without cluttering up an already information-overloaded world.

“We have balanced the need for fundamental information on what has happened, what is about to happen and what could transpire, with a set of charts to help understand the relationships between key instruments and indicators.”

Tradingfloor.com is a website bringing traders insightful commentary, analysis and research to keep them informed on strategies and news in Forex, FX-options, stocks,commodities and CFDs. Some of its key publications and channels include:

The comments on macroeconomic indicators, financial issues and earnings releases will complement the Daily Trading Stance video released every morning and the weekly forex options and equity update released every Friday.

Videos are recorded in the studio on the Saxo Bank trading floor, minutes after the news is released. Saxo Bank’s chief economist, David Karsbol, said: “The advantage of video is that it fills in the gap between reporting the headlines and the more detailed research notes we publish.

He added: “We comment on macroeconomic indicators or earnings or central bank decisions in a way that is fast, but also allows us to give more detail in a way that allows our blog visitors to get to know us a little better.”

Trading Floor has been running since May 2009 and features expert commentary starting every morning with The Daily Trading Stance that Saxo Bank’s strategists distribute to clients giving a rundown of the main themes of the day in FX, equities, FX options and commodities.

Prudential has reported that more than one in three people retiring within the next 10 years say they would prefer their pension to be invested partly in the stock market and the remainder in other types of investments, according to new research*.

The nationwide study shows that consumer confidence in the stock market continues despite recent market and economic upheavals.

Prudential asked 1002 men aged 55 to 64 and women aged 50 to 59 who have a pension how they would want their pension fund invested if they could choose:

Andy Brown, Prudential’s director of investment funds, said: “Despite immense volatility in the stock market over the past year or so, there is still evidence of consumer confidence in equities to deliver a promising return for pension investments over the long-term.

“What is certain as well is that many people have been spooked by the recent economic maelstrom and, unsurprisingly, would prefer their pension to be in cash or lower risk investments as they near retirement.

“We’ve seen a marked increase in the numbers of people looking for a home for their money which they can trust, knowing that it has a solid capital base and a long-standing history which will stand it in good stead for the future.

“I think investors can feel confident in stock market opportunities if they are given a decent choice in how they access real assets such as the equity market. Investors can really capitalise on the markets if they can access funds across a number of asset classes and sectors from a range of different investment managers allowing diversification across assets and manager styles.”

About Prudential:
“Prudential” is a trading name of The Prudential Assurance Company Limited, which is registered in England and Wales. This name is also used by other companies within the Prudential Group, which between them provide a range of financial products including life assurance, savings and investment products, such as a bond investment and pensions, including advice on company pensions.